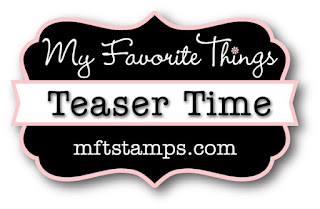 Hello Stampin' friends. Welcome to the first day of June MFTeaser time. First up
here are the details about the upcoming release on June 5 at 10 PM EST:

I have made two cards with this fabulous NEW Who's That Girl and Who's That Guy Godspeed set. The first card I've used the WTGuy Solider image in the set and Authentique Loyal 6x6 papers. I paper pieced the image and coloured with Copics. So, I'm from a town with a Canadian Air Force base and many of my friends' and classmates' parents where in the Air Force. I even did a very short stint as an Air Force Cadet...very short:)...I made my card with an Air Force "feel" to it and love that this New Godspeed set can really be designed to work for any of the Forces; Air, Army or Navy. I used the By the Letters Uppercase Die-namics to spell out RCAF (Royal Canadian Air Force). I've also used several new Die-namics from this new June release...the NEW Notched Border Die-namics, the NEW Star STAX Die-namics and the NEW Traditional Tag STAX Die-namics. The airplane die is from the You Move Me Die-namics set. I embellished with some black bling and hemp twine.

Here is the inside...another image stamped on pattern paper and the Notched Border Die-namics, Star STAX and Traditional Tag STAX.

For the second card I have used the other image in the set WTG/G Godspeed. I coloured my images with my Copics and paper pieced her dress and the background. I used Authentique Glory 6x6 paper pad and distressed the edges of the papers and applied Distress Crackle Paint in Picket Fence White. I used the Layered Heart Die-namics set and the gorgeous NEW Hibiscus Die-namics...my new fav flower.

The Godspeed set also has many wonderfully poignant and heartfelt sentiments in it...on the front I have stamped a sentiment on the ribbon die from the first place award ribbon Die-namics. I also used some MFT Twinery Twine in Denim and Maraschino.

Here is the inside...I stamped a shadow image on pattern paper and used a corrugated heart from the Hearts of Plenty Die-namics that is painted with Crackle paint. The sentiment is stamped on pattern paper cut with fantastic NEW Traditional Tag STAX Die-namics. 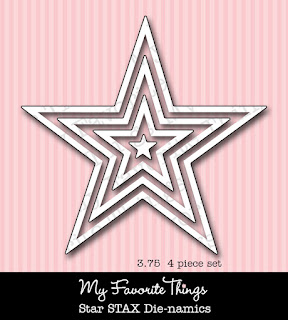 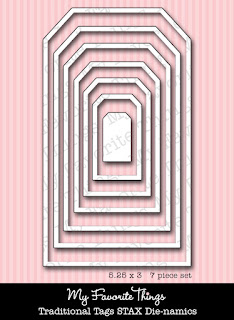 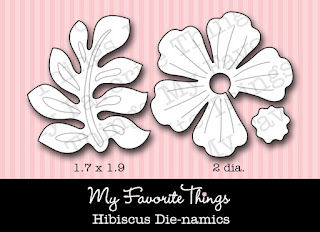 WOWZA...you have ROCKED this set to the core!!!! What FABULOUS creations!

WOW! Both of these are so over the top fabulous, love them.

Wonderful cards!! Love the lettering and the touch of that little plane!

SO SO stunning Tara!! Both creations are amazing!!

This is amazing creations, the colors, the images and the dies go so well together, love both of them

two gorgeous creations. LOVE all your layers and the wonderful Die-namcis.

Gorgeous cards! Love all the layers and details like the little plane! Perfection!

I love your way of making cards. All the layers make me want to reach out and touch your card. I love the choices of papers and dies that you used. Wonderful cards. ksh

Wow, Tara, these are amazing!

gorgeous! Love how you used colors other than red, white and blue!

wow your cards are so pretty and detailed... so amazing to look at!

Wow! Stunning cards! I love your papers and embellishments. The RCAF letters are a great touch!

Both of these are gorgeous!!!! LOVE the layers!

oh my word Tara, just amazing... absolutely stunning cards you created, if only I could crawl into your creative mind and learn a thing or two!

GAH! these are wonderful! LOVE her dress and all the red! Love the colors and the little plane on the Guy card! AWESOME!

These are absolutely amazing Tara!!! I love them both!! The airplane on the first card is the perfect embellishment!! xx

Love these Tara - both are fabulous! and I lOVe the RCAF - !!

Great cards! I love your layers! Both are super cute, using different parts the the same set. You got great results!

Your cards are wonderful...love the details!

way to go! both cards are great but I love that you used the airplane die.way to color.Layers and your choose are awesome.Thanks for sharing.

Wow Tara!! Both of these cards are SUPERB! I love all the features each one has. The layering, the colors, the embellishment. All are breathtakingly gorgeous!

you pulled out all the stops nicely done.

WOW - these cards are fabulous - the details on your RCAF are incredible!

Wow! Both cards are so beautiful and you did an amazing job with both of them. I love all the details on both cards. Being an AF Wife my heart favors the RCAF card=) I love this set, ya'll have Rocked this...a must have for me for sure!

Both are amazing - love all the details.

Both cards are just absolutely amazing! What talent!

Both cards are wonderful

Both cards are wonderful

These are absolute perfection!

Tara! HOLY CRAP! Dont even know hwere to begin! JUST AMAZING, both cards! I LOVE EVERYTHING! Inside and out are just gorgeous! Jaw dropping gorgerous hun!

Both cards are absolutely beautiful! I love how you chose a masculine theme for the first design in contrast to a feminine theme for the second. Moreover, I love the antiquing & the distressing done with both pieces, particularly around the edges of each layer... magnificent! <3

So many things to take in at one time! This set is absolutely ideal! gorgeous...

Such brilliant cards - love the detail!

Stunning cards!!! Great layers of embellishments and I love you color choices :)

Both cards are fabulous!!! I love the air force spin on the first one!!

Beautiful cards, love how all the little embellishments give the card that extra pop

Love both of your cards. Great color schemes and texture.

Two really great cards. Love all the layers you created on both.

Love how the two cards are so different - one pretty and feminine, the other bold and masculine, yet both awesome!