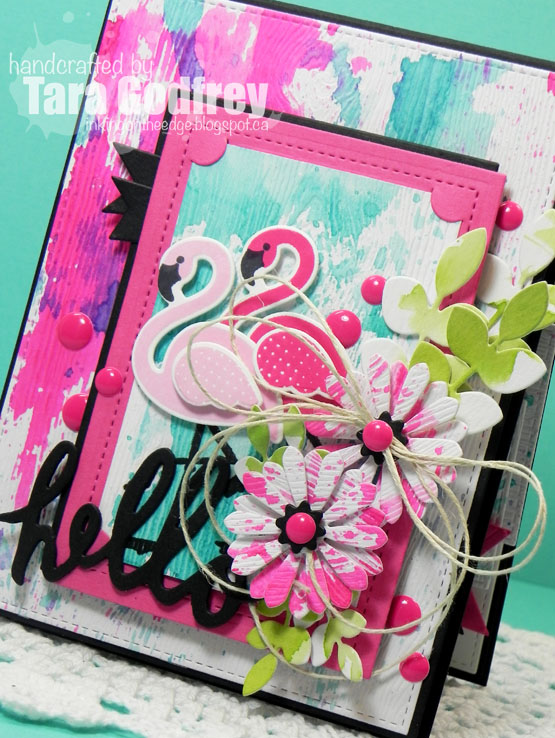 Hello stampin' friends! It is time for the August 15 - Curtain Call Inspiration Challenge - Flamingo and all the details and the link-up are over on the CCIC blog! Hope you can join the FUN Flamingo challenge...it gave me the perfect reason to ink up my Fabulous Flamingos from Reverse Confetti with some fabulous Reverse Confetti Confetti Cuts. 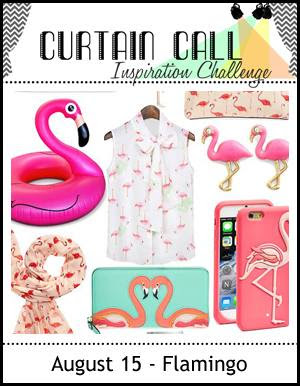 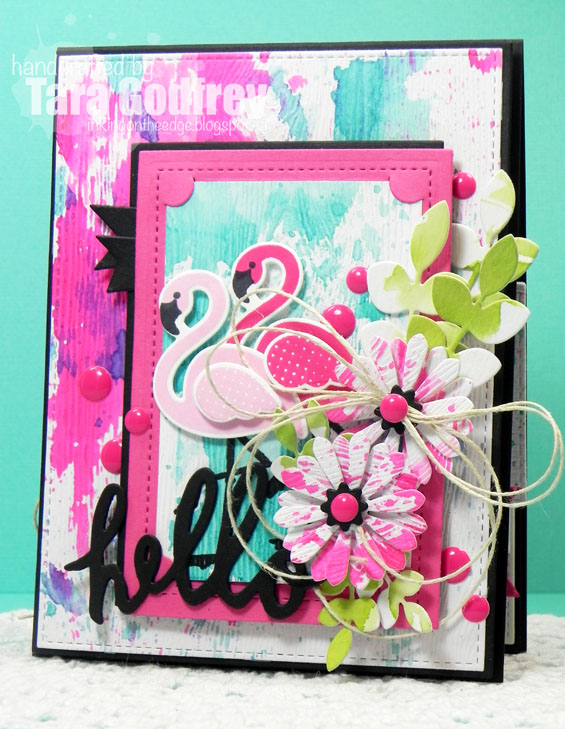 I wanted to try the "new-to-me"  Smooshing Watercolour Background technique for this card and I'm SO happy I did...LOVE, LOVE, LOVE it!  I also used the "reverse watercolour" technique for the leaves and the flowers, which is basically, strategically cutting them from watercoloured paper that I smooshed up ;)

So, taking inspiration from the phone case, pretty wallet and flamingo pool floaty in the inspirational photo I used the Insta-Frame Confetti Cuts as the main panel for this card and popped a couple cute flamingo friends up on the Blu Raspberry watercoloured panel from the Fabulous Flamingos Stamp set and coordinating Confetti Cuts. I also added a few flowers with pretty leaves cut with the Flowers for Mom Confetti Cuts and Leafy Confetti Cuts. 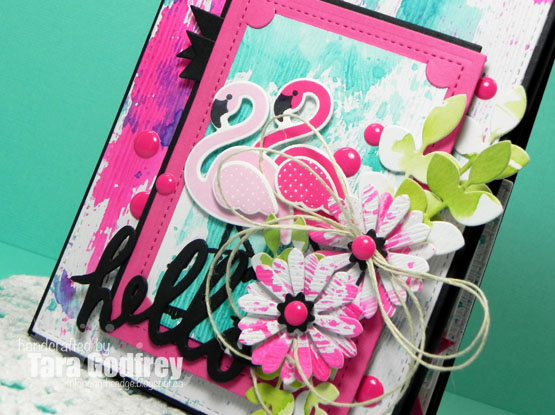 I cut the Hello Confetti Cuts from Black Licorice Heavyweight Cardstock several times and layered them for added dimension.  I embellished with some Hemp Twine and Your Next Stamp Gumdrops. I tucked two little fishtail flags under the side of the Insta-Frame that were leftover die cut pieces from the Double Banner Garland Confetti Cuts that I used on my last card, Unicorn Wishes. 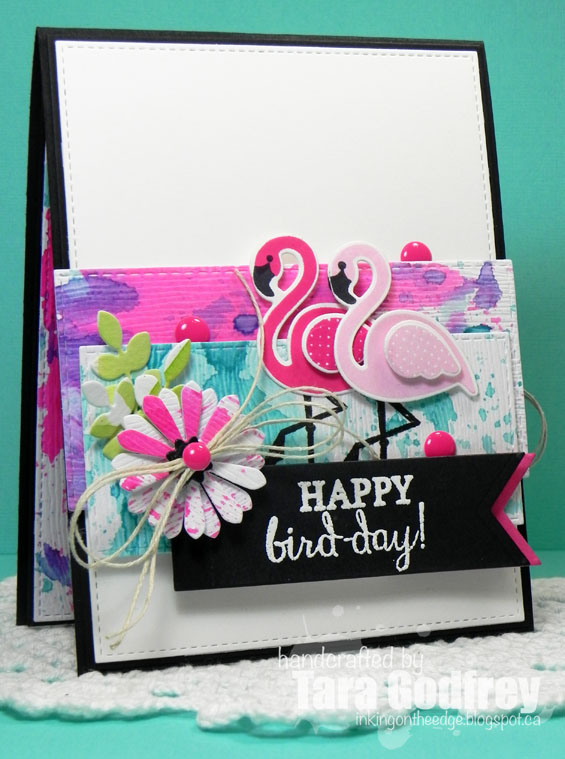 As per usual, I finished off the inside of the card with a few more flamingos and an embossed  sentiment from the Fabulous Flamingos Stamp set on Black Licorice Heavyweight Cardstock cut with the Stitched Flag Trio Confetti Cuts.

Thanks SO much for stopping by and havin' a little look at my Reverse Confetti Fabulous Flamingos card for the August 15 - Curtain Call Inspiration Challenge - Flamingo! Looking forward to seeing all your FAB flamingo creations.

Be Sure to visit each designer's blogs for more inspiration!

Stop by the Curtain Call Inspiration Challenge - Flamingo for all the challenge details and to play along with us!

This is gorgeous! Fabulous take on the inspiration photo, Tara!

This is awesome!! Xx

Beautiful!!! I adore the bright and happy colors!!!

Thinking about you and hoping you're doing well!